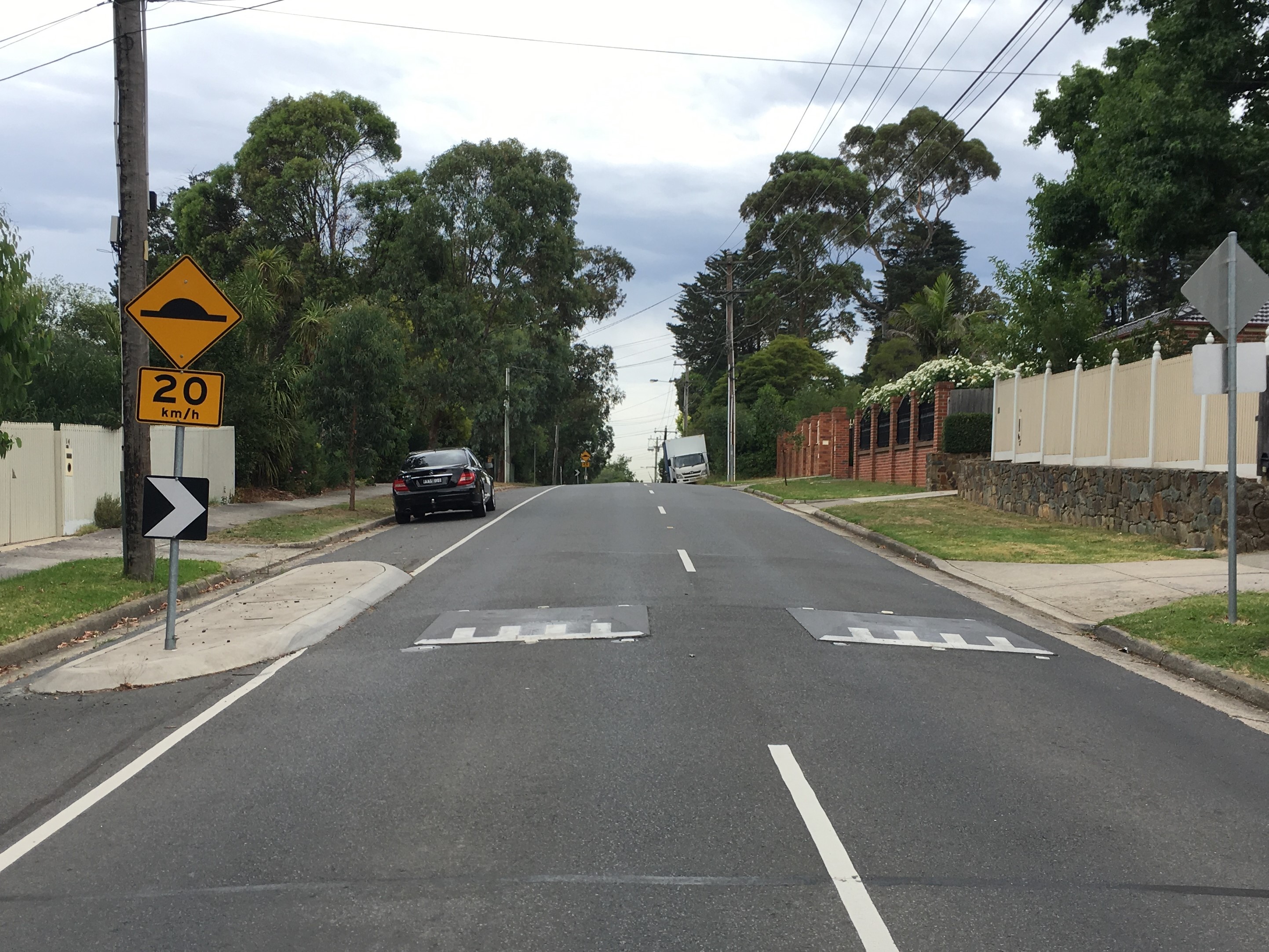 Evidence shows that the installation of speed cushions in local roads is a highly effective form of speed control. New Street is surrounded by residential and industrial zoned land. The volume of heavy vehicles using this stretch of road means that any traffic treatment installed must be designed to accommodate these heavy vehicles.

The design of the speed cushions allows buses, trucks and other large vehicles to travel over the speed cushions with minimal disturbance, whilst still providing resistance to cars and other vehicles. Full road width raised pavements are not considered appropriate for New Street as they will impact heavy vehicles and increase road noise.

Rubber speed cushions, such as those installed on New Street, break down with age and become less effective at controlling the speeds of cars, as well as damaging the road surface below. Council has replaced three sets of the rubber cushions with asphalt cushions as a result of this issue however, obtaining precise tolerances with asphalt cushions is difficult, which can reduce their effectiveness at traffic calming.

We are proposing to replace the existing rubber and asphalt speed cushions with cast concrete speed cushions which are constructed to precise tolerances. We have recently used this product in Evelyn Street, Ringwood, and it has proven to be a superior product with respect to traffic calming, while being far more durable than the products previously used on New Street.

The speed cushions were originally installed in 2006 following a petition from New Street residents to Council.